This is really happening, people. Comedy Central announced today that it had agreed to restart the American Comedy Awards, which had run from the 1980s to 2001 on the TV and celebrated comedy and comedians with their own trophies. Hooray! Sort of. Well. Some comedians are still touring with an "American Comedy Award" as a credit, so they’ll be happy, and if you win, so will you. Good luck, you! 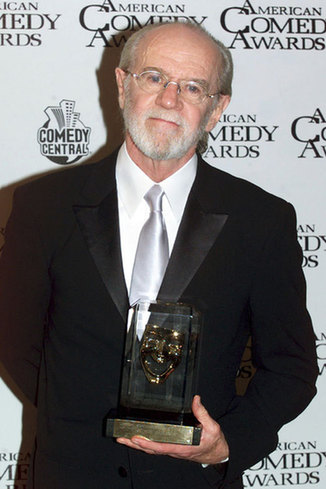 The ‘American Comedy Awards’ are about celebrating and honoring the genius of the writers, performers, producers and directors who bring us the best in comedy every year and create what the rest of us quote and share with all our friends," said Comedy Central’s Elizabeth Porter. "What the Oscars are to movies and the Grammys are to music, the ‘American Comedy Awards’ will be to comedy. We are thrilled to be working with Don Mischer and know he will make this the biggest comedy event of the year.

We are looking forward to developing a show that will recognize all those who keep us laughing in these stressful times,” said Don Mischer. “We’re very excited about working with COMEDY CENTRAL, a network which has broken new ground in television comedy and continuing the tradition started by George Schlatter, who has been an innovator in television comedy for his entire career.

“I am proud of the 15 years we did the ‘American Comedy Awards,’ during which we chronicled a whole new wave of comedy and comedy performers,” said Schlatter. “We honored everyone from our first Creative Achievement Award-winner Norman Lear to our first New Stand-up Comic recipients Jerry Seinfeld and Lily Tomlin to first Comedy Star In A Special Robin Williams (“Live at the Met”) to the first Motion Picture Comedy Actor winner Woody Allen (“Hannah & Her Sisters”) – all of whom list the ‘American Comedy Awards’ in their achievements. It’s gratifying to know that the tradition is carrying on with COMEDY CENTRAL and Don Mischer.”